Czechia and the U.K.: A letter from the chief 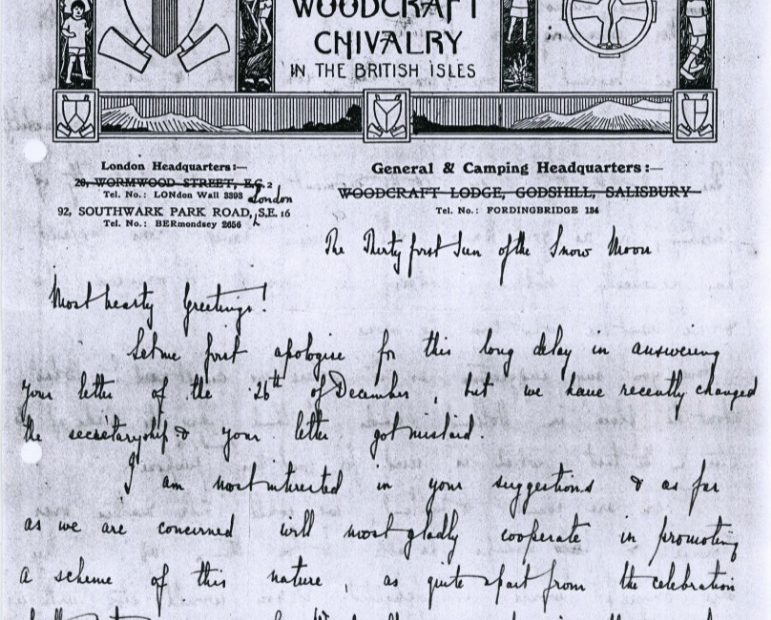 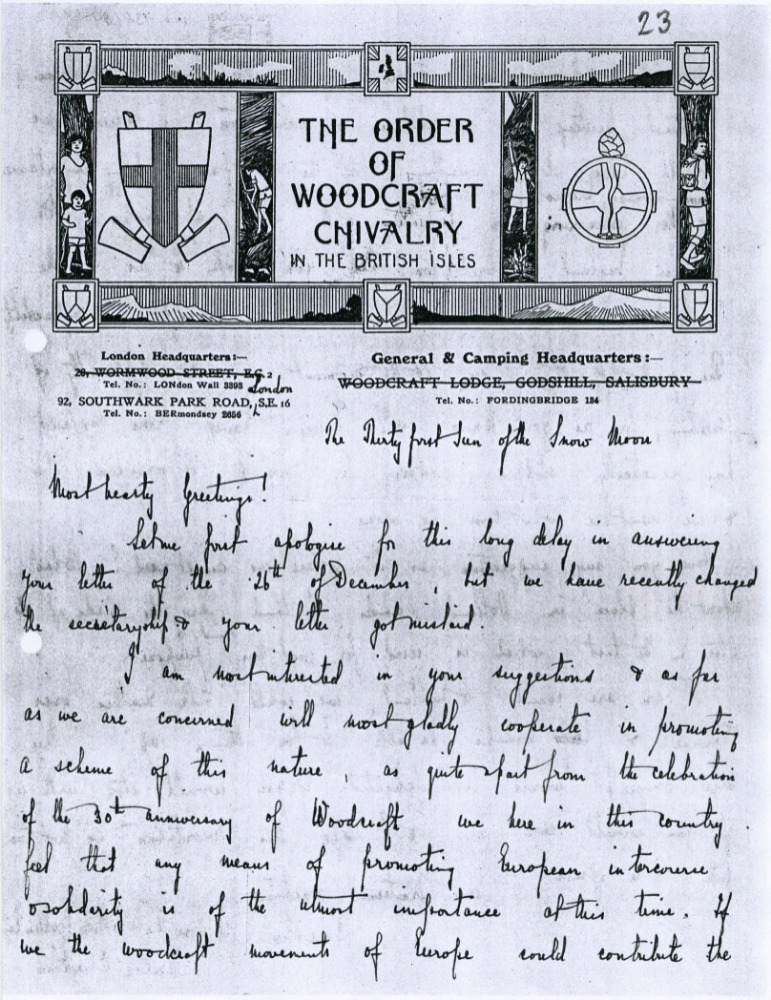 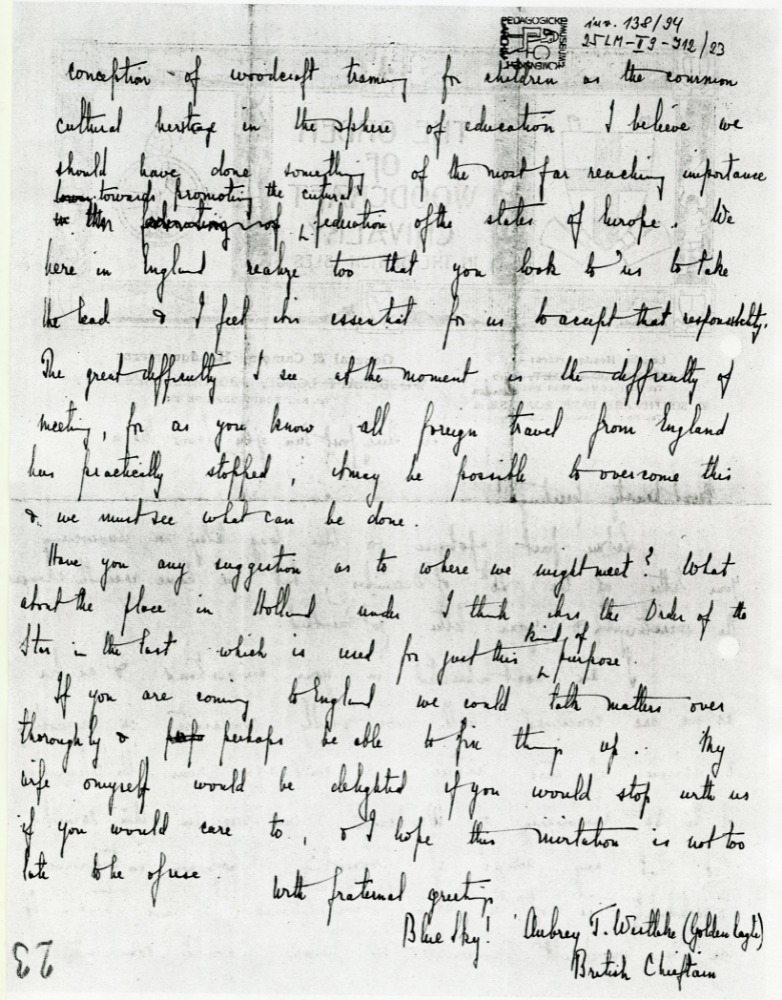 This letter is a unique document because it is not a piece of correspondence between the contemporary heads of both organizations. The document has been recently discovered in the archive of the Czech Woodcraft League.

It is not easy to read Golden Eagle’ s handwrite but thanks to Gloranna Pringle from the OWC we have a transcript:

The Thirty first Sun of the Snow Moon

Let me first apologise for this long delay in answering your letter of the 26th of December, but we have recently changed the secretaryship an your letter got mislaid.

I am most interested in your suggestion, and as far as we are concerned will most gladly cooperate in promoting  a scheme of this nature, as quite apart from the celebration of the 30th anniversary of Woodcraft we here in this country feel that any means of promoting European intercourse and solidarity is of the utmost importance at this time.  If we the woodcraft movements of Europe could contribute the conception of woodcraft training for children as the common cultural heritage in the sphere of education I believe we should (will) have done something of the most far reaching importance towards promoting the cultural education of the states of Europe.  We here in England realise too that you look to us to take the lead and I feel it is essential for us to accept that responsibility.  The great difficulty I see at the moment is the difficulty of meeting, for as you know all foreign travel from England has practically stopped, it may be possible to overcome this and we must see what can be done.

Have you any suggestion as to where we might meet?  What about the place in Holland used I think by the D— of the Star in the past which is used for just this kind of purpose.

If you are coming to England we could talk matters over thoroughly and perhaps be able to fix things up.  My wife and myself would be delighted if you would stop with us if you would care to, and I hope this invitation is not too late to be of use.

The document brings evidence about intense mutual friendship between the Woodcrafters in Czechoslovakia and the U.K.

Minehaha consequently travelled to England, took part in the OWC camp and was graced by a honorary membership of the OWC.

(Blue Sky to Gloranna for the transcript!)